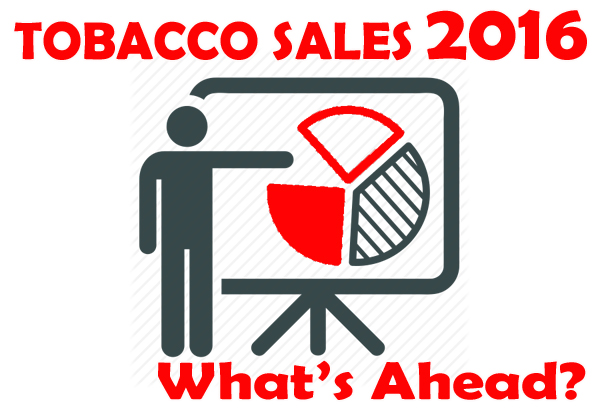 If recent reports of increased shipments are an indication, 2016 may very well be a robust year for tobacco sales.

The Alcohol and Tobacco Tax and Trade Bureau has recently reported that cigarette shipments for the first half of 2015 had increased from the same period the previous year. This marks the first year-over-year increase in cigarette shipments since 2006. While retailers have been accustomed to 3-4% declines in volume, reports show that Reynolds American was up 40% and Altria reporting a 12% increase in 2015.

In November 2015, Wells Fargo LLC reported that the overall combustible tobacco environment continued to remain robust. According to some analysts, the spike in customers up-trading to more premium brands is primarily due to lower gas prices, which have left consumers with more money in their pockets. If retail gas prices remain low, most expect to see better-than-trend cigarette volumes continue into 2016.

Bonnie Herzog, managing director of beverage, tobacco and convenience store research for Wells Fargo Securities, predicted that tobacco consumers will continue to opt for premium brands, having a favorable impact on the category. “We also expect strong manufacturer pricing in 2016 to continue, which should generate robust profit growth,” Herzog said.

A survey of retailers reveals a mixed bag of responses. Some saw declines, while many others report that sales are up over last year. Some report that e-cigarettes have remained strong, while others report a decline with customers moving away from electronics back to cigarettes.

Sean Higgins, director of marketing for Hutchinson Oil Co., based in Elk City, Okla., reported that electronic cigarette sales remaining strong in his stores. “I have noticed that e-cigarettes have been a trend lately,” Higgins said. “People are seeing that as an alternative to regular smoking.” Higgins sees one of the keys to growth in cigarettes, during the year ahead, will involve offering consumers something new and different. “We’ll be seeing if there are some new flavors or even some new brands that we would want to expand on that might grab some more attention, something like that,” he said.

Moti Balyan, chief operating officer of Macland Investments’ Mac Chevron in Woodland Hills, Calif., which operates 40 convenience stores, said cigarette sales at his stores are doing very well. “Sales are up over last year.” He credits the strong performance to one factor. “It’s because we have the lowest everyday price. Price is still the key.” The average carton price at his locations is about $56, he said. “But there aren’t that many people who are buying cartons. They are far more likely to buy by the single pack. The average pack price is between $5 and $5.50, which he said is about $1 per pack less expensive than nearby 7-Eleven stores. “My cigarette margin is very low, around 14% or 15%…we keep the lower price throughout the year.”

FOUR KEYS TO BOOSTING SALES IN 2016

A survey of retailers, that reported steady sales or growth, revealed four keys to help fuel cigarette sales in 2016.

That cigarettes continue to fare as well as they have is noteworthy due to, for one thing, the ongoing legislative assault. More than three years after California voters nixed a dollar-per-pack increase in the state’s cigarette tax, it appeared that voters would have another chance to decide the issue.

According to the San Jose Mercury News, the state’s 2016 ballot will likely include a proposed $2-per-pack tax increase, which for the first time would include electronic cigarettes.
Much of the emphasis is on the age at which Americans can purchase tobacco products.

According to the National Association of Tobacco Outlets, the following age legislation may impact tobacco sales in 2016: