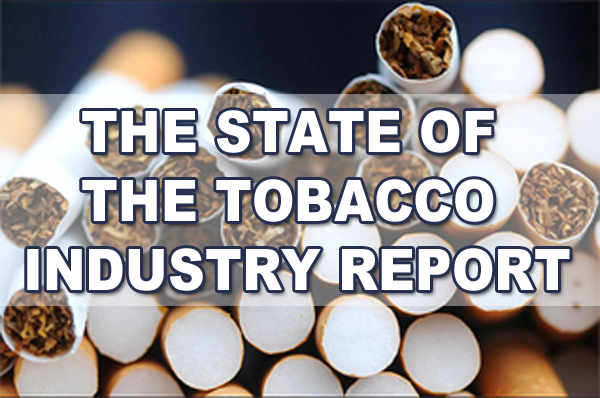 Wells Fargo Securities has released a report, evaluating data from Nielson Equity Research, and has made a number of conclusions regarding the current state of the tobacco market.

Data from Nielson Equity Research on the tobacco market has been released, and the tobacco industry has demonstrated growth in a number of areas, while others have experienced a marked decline.

In its “Tobacco Talk” survey, Wells Fargo Securities recently discussed that tobacco consumption and pricing remains healthy, and strong manufacturer pricing and profit growth are expected to continue this year.

According to the report from Wells Fargo Securities, cigarette dollar sales for Reynolds American strongly outpaced the industry +1.7% growth. Reynolds American’s dollar sales were driven by exceptionally strong +3.9% pricing (versus category of +3.6%), which offset the -0.3% volume declines, versus the category at -1.8%.

According to the report from Wells Fargo Securities, Altria Group dollar sales are steady at +2.0% versus +2.1% for 12-weeks. Marlboro share has improved back to the levels of a year ago. Altria Group cigarette dollar sales are driven primarily by pricing (+3.0%), which is partially offset by soft volume growth (-0.9% versus -0.5% for 12-weeks. Marlboro dollar sales, which were reportedly up +1.6%, reflected strong pricing (+3.2%), which offset the -1.6% volume decline. Importantly, Marlboro improved its market share by 40 basis points sequentially to 47.4% (versus 47.5% in March 2015).

Wells Fargo Securities reported that Nielsen data suggested Imperial Tobacco Group volume declined -13.4%. The decline was reportedly driven by double-digit volume declines in four of its largest cigarette brands (Maverick, Kool, Salem and Winston). It is possible that this sharp decline could be explained by “depletion of extra stock” post-acquisition as Imperial Tobacco Group continues to shift its focus to the “generally cheaper” East South Central and South Atlantic regions. Additionally, Newport has posted +110 base points of share gains year over year under Reynolds American’s ownership, which is in line with the +95 base points that Wells Fargo Securities predicted in its “Tobacco Talk” survey.

Wells Fargo Securities has reported that smokeless tobacco dollar sales grew +5.5% this period, continuing a decline from a high of 8.0% in December. Wells Fargo Securities notes that this decline is indicative of continued shifts back into favorite cigarette brands by a stronger adult tobacco consumer. Reynolds American’s Grizzly brand continued to outpace Altria’s Copenhagen with Grizzy’s market share increasing 60 base points year over year to 7.9%, as Copenhagen decreased 350 base points to 7.6%.

The report from Wells Fargo Securities revealed that all channel e-cigarette dollar sales were down -7.6% in the recent period (-10.9% for 12-weeks), driven by negative net pricing of -7.4% and -0.2% unit declines. The persistent year over year decline in e-cigarette pricing may be partially attributed to difficulty in capturing SKUs of the evolving vapor category, and proliferation of vapors/tanks/mods (VTM) and refills which tend to have lower retail prices.

Wells Fargo Securities reported that Reynolds American reinforced its position as the share leader in all channel e-cigarettes with 38.9% dollar share, reflecting its strongest share position achieved to date for VUSE versus Fontem U.S. (blu eCigs), a subsidiary of Imperial at 20.4%, Logic at 14.2% and NJOY 4.3%.

Reprinted from The State of the Tobacco Industry, April 7, 2016 CSD Staff