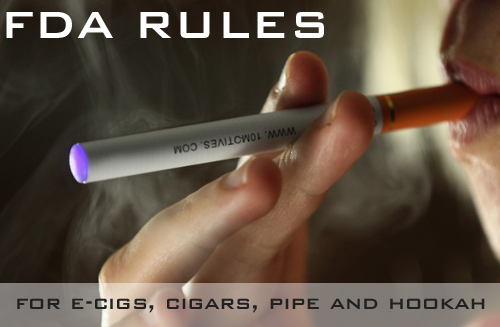 A recent federal ruling extends the FDA’s authority to all tobacco products, including e-cigarettes, cigars, hookah tobacco and pipe tobacco.

Convenience retailers that have waited for federal decision makers to take a firm position on the regulation of electronic cigarettes don’t have to wait any longer.

In a May 5, 2016 press conference, Secretary of Health and Human Services Sylvia Mathews Burwell and Mitch Zeller, head of the FDA’s Center for Tobacco Products, explained a new U.S. Food and Drug Administration ruling, extending its authority to all tobacco products, including e-cigarettes, cigars, hookah tobacco and pipe tobacco, among others.

Under the rule, the U.S. Food and Drug Administration would have to approve all tobacco products not currently regulated that hit stores after February 2007. The FDA also said it will also control the “parts” and “components” of tobacco. For e-cigarettes, that would include e-liquids, atomizers, batteries, flavors, vials that contain e-liquids and programmable software. The rule helps implement the bipartisan Family Smoking Prevention and Tobacco Control Act (TCA) of 2009.

A recent survey supported by the FDA and the Centers for Disease Control and Prevention shows current e-cigarette use among high school students has skyrocketed from 1.5% in 2011 to 16% in 2015 (an over 900% increase) and hookah use has risen significantly.

Burwell said today’s announcement is a response to the growing trend that e-cigarettes have taken a drastic leap among young American consumers.

Before today, there was no federal law prohibiting retailers from selling e-cigarettes, hookah tobacco or cigars to people under age 18. Today’s rule changes that with provisions aimed at restricting youth access, which go into effect in 90 days, including:

Under staggered timelines, the FDA expects that manufacturers will continue selling their products for up to two years while they submit new products for approval—and an additional year while the FDA reviews the new tobacco product application. The FDA will issue an order granting marketing authorization where appropriate; otherwise, the product will face enforcement from the administration.

Zeller called the final rule a foundational step that enables the FDA to regulate products such as e-cigarettes, cigars and hookah tobacco, which had gone largely unregulated. He told press members that the other key topics—including the disposition of flavored e-cigarettes and flavored e-liquids that are used with vape products—will be addressed in time.

He did acknowledge that more scientific research needs to be done so the future of the emerging industry can be bettered determined.

Today’s actions will subject all manufacturers, importers and/or retailers of newly-regulated tobacco products to any applicable provisions, bringing them in line with other tobacco products the FDA has regulated under the TCA since 2009.

What Does The New Ruling Mean For Retailers

First and foremost, retailer should have a solid “WE CARD” program in place.  Since, the program is already a requirement for cigarette and traditional tobacco products, retailers can simply extend the practice to e-cigarettes, cigars, hookah tobacco and pipe tobacco, among others. For some helpful advice on implementing an effective “WE CARD” program, please visit DON’T GET STUNG BY THE FDA – WE CARD COMPLIANCE

Retailers should also keep informed of ever changing tobacco laws and FDA rulings. We’ll do our part to share any pertinent changes in rulings, to our followers, as they arise.